Elie was born in Paris in June 1993. His mother is a published writer of prose and poetry; his father originally taught German literature at the University of Paris (VIII) and currently translates for several publishing houses.

Between 2008 and 2011 Elie attended the Lycée Fénelon (high school) where he prepared a literary Baccalauréat (high school certificate). He did not immediately decide to embark on a law degree, but began his university studies in English and American Studies (LLCE = language, literature, and foreign civilizations) at the University of Paris VII ‘René Diderot’, though he abandoned this course after a few months. At this point, he began working in restaurants and continued doing so to finance my studies between 2012 and 2018. He also gave academic support courses to secondary school students in French, German and History.

In 2012 Elie decided to start studying law at Paris University 1, Panthéon-Sorbonne and in  October 2018 he registered with the Comparative Law Department of the doctoral school at the University of Paris 1 Panthéon-Sorbonne. He is also part of the International and European Law Institute of La Sorbonne. Between September and May, he taught constitutional law and fundamental rights at the University of Paris. He intends to continue giving these courses. 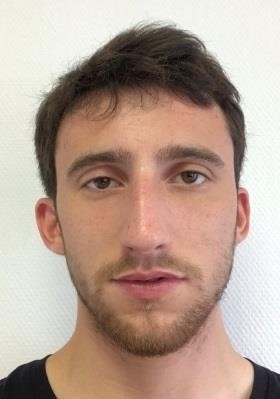