Leandro P. Peredo, born in Brazil, is an architect and urban planner. After working as an architect for some years, Leandro was granted a full scholarship by the European Union to do an international Master on cultural heritage and landscapes. Thanks to that opportunity, he has lived and studied in different countries in Europe and, since then, he is specialized in conservation policies for cultural heritage. Leandro has worked for UNESCO in the implementation of the World Heritage Convention in the Latin America and the Caribbean region. He is currently a Ph.D. candidate in Urban Planning at the Panthéon-Sorbonne University, Paris. In his research, Leandro studies urban informality, focusing on the frictions between "cultural heritage" and "slum upgrading" agendas in the framework of the United Nations. As a case study, he focuses on the city of Rio de Janeiro, analyzing how the UN New Urban Agenda - the international arena where the future of cities is being negotiated will have an impact on informal settings in Rio. 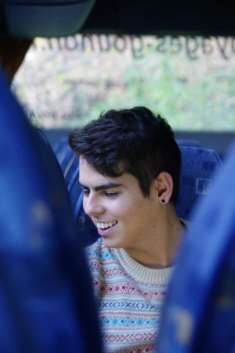