Devon is a third-year doctoral student in African history, and a candidate for the Graduate Certificate in Women, Gender, and Sexuality Studies. Her research focuses on the history of gender and sexuality, and the history of medicine, in 20th-century francophone West Africa. Her dissertation project, entitled “Reproductive Labors: Mandé Reproductive Expertise and Biomedical Legibility in West Africa,” examines the divergent integration of forms of local reproductive expertise into the post-colonial reproductive health systems of Mali and Senegal between the 1950s and the 1990s.

Prior to beginning her Ph.D. at Columbia, Devon worked for 3.5 years in Bamako, Mali as the Programs Director for the Mali Health Organizing Project, a non-profit organization which promotes community engagement in health and access to primary care. Devon also pursued a Fulbright at the University of Maroua (Cameroon), researching anti-colonial political activism in northern Cameroon, leading to her Master’s thesis on the political ramifications of lower-class interracial relationships in 1950s northern Cameroon. Devon received her bachelor’s degree in History from Wesleyan University in 2008, where her senior honors thesis explored the intersection of local ethnic relations and national political changes in northern Cameroon. 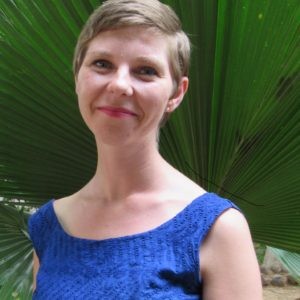